Barry Ferguson, Roger Johnson and Cameron Jerome will all face late fitness tests ahead of this one but the team should be similar to that which faced Man City.  Obafemi Martins will probably have to make do with a place on the bench if his visa is sorted out in time.

West Ham have doubts over Matthew Upson and Jonathan Spector but will have boosted their strike force since the Carling Cup semi with the return of Obinna and Piquionne from suspension and the loan signing of Robbie Keane.

I’m sure you all remember it…Que sera, sera…

Both sides have been in similar form in the league with West Ham doing marginally better having taken eight points from the last six games compared to Blues’ six.  Only goal difference separates the sides in the table although West Ham have played two games more.  Blues’ Premiership record at Upton Park is not good having won only once which was back in 2002.

It’s often the case that two sides who have been involved in cup matches meet each other in the league shortly afterwards and the result is usually different.  West Ham will be smarting by the way they threw away a 3-1 lead in the semi final and will miss out on Wembley.  I expect our fans will remind them about it quite a lot as well.  Since then they have won in the FA Cup and got a good win at Blackpool which lifted them off the bottom of the table.  They are still suspect defensively but they now have a potent attack that should score the goals to lift them further away from trouble.  It will be a tough game for us on Sunday.

While I am enjoying the fighting spirit shown in our recent comebacks I think the tactic of handing a two goal lead to our opponents is not one we should continue with.  It would be nice to see us switched on from the start and not hand the initiative over with sloppy early defending.  One good thing that has become apparent recently is that we do have quite a strong squad which can cope with the number of games we will have to play between now and May.  The team that played against Coventry featured nine changes but still contained seven international players and everybody has first team experience.  Tomorrow Alex McLeish will have to make some tough decisions particularly in the midfield and up front.  Should Hleb come in? Should he start with Jerome and Zigic or start with Phillips?

Seeing how well Bentley played on the left against Coventry I’d suggest keeping him there and bringing Larsson (Now he’s decided to stay) in on the right.  This gives us a more solid midfield in a game where we can expect to have to do a lot of defending.  I’d then play Ferguson (If not fit Bowyer) and Gardner in central midfield with Zigic and Phillips up front.  Phillips would then be swapped for Jerome / Martins on seventy minutes.

As I expect West Ham to be at us from the start the key will be to keep things tight early on.  After all a draw would not be a bad result for us as it will keep us above West Ham, although we may still drop into the bottom three if Wigan beat Blackburn today.  A win would be great and is possible but I’m still to be convinced with Blues away from home as we have only beaten Blackpool and Portsmouth on our travels in the last twelve months.

My prediciton 1-1. Robbie Keane for them, a late equaliser for us from a corner. 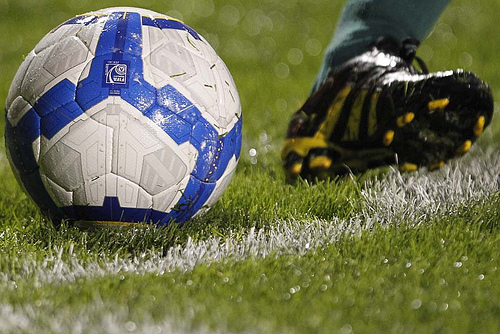 View from the South – Charlton vs Birmingham City