This article was written by almajir and it appeared on his blog yesterday here. As usual we have full permission to republish it here.

As we enter the second half of the transfer window having failed to bring in any strikers, there is now a faction within the fans who believe that maybe bringing in a striker is a bad idea, as we only ever play one anyway. This has led to more calls for the manager’s head as 4-5-1 is seen as negative, and the lack of goals is what is killing us.

I don’t believe that is the case; in a previous blog I remarked how our sloppy defence is costing us more goals now so it’s not we’re scoring less than last season (we’re actually scoring more), we’re conceding way more. The debate still rages though, so I thought I’d try and do something different and put together some chalkboards to show what I think is wrong and what is right. 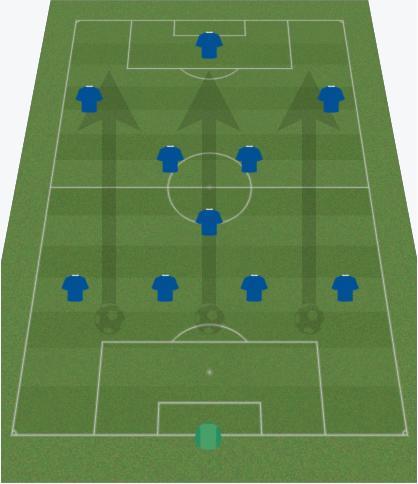 In this formation, one midfielder – normally Barry Ferguson – is tasked with sitting just in front of the back four, with two central midfielders in front of him (Gardner and Fahey) and then two wide midfielders pushed up the pitch (For example, Bentley and Beausejour). This puts emphasis on the full backs to get forwards, and Ferguson helps to cover the centre backs when the ball breaks against us. However, it leaves the centre forward very isolated in the middle unless the central or wide midfielders get into the box

However, we don’t normally play this formation when Aliaksandr Hleb is in the team; mainly as he is wasted out on the left. Then, it tends to become a bit lopsided, like thus: 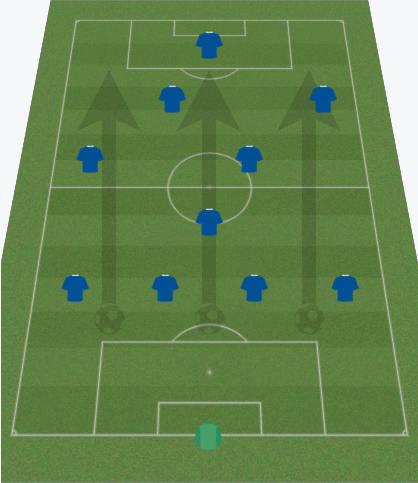 As you can see, the formation is a bit lopsided to cover two things; a), to allow Hleb to play his more preferred central role, and b) to cover Murphy or Ridgewell at full back who aren’t as competent as Steven Carr (although Ridgewell is definitely getting there). Fahey is pushed into a left midfielder position to do this. This formation doesn’t have any balance though, and as such leads us to focussing attacks down the one side – which becomes easier to pick off. Also, it still leaves the front man isolated when we are attacking, so we’re caught out on both fronts.

Hleb is one of our best players in my opinion, and I really do believe he should be in the team. If we’re to play a formation with him in it, the only way I could see to do this is thus: 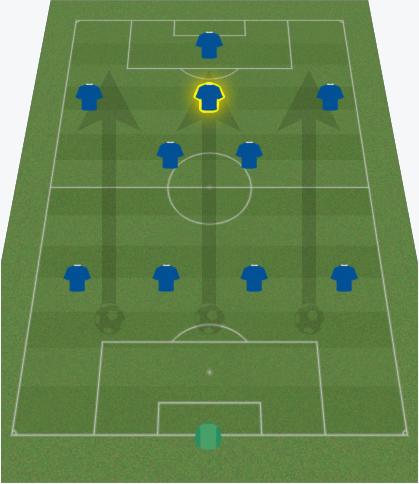 In this formation, instead of Barry Ferguson sitting in front of the back four, there are two central midfielders. They have to work as anchormen, to win the ball in midfield and to distribute it to the front four. The highlighted player is Hleb, in his favoured position of the “hole”. Two wide midfielders also compliment our attacking force, and as part of the tactical plan they would be instructed that when the ball comes into the box they must be there if they’re not the ones delivering it.

This formation puts a lot of work onto the fullbacks; they have a lot of ground to cover, as not only do they have to cover a lot of their flank, but they must also be disciplined enough to help out the centre backs should the midfield be taken out of the equation. This is a huge, huge ask, and one I’m not sure we could do with the players currently in place.

Thus is Eck’s problem in my eyes. If he is to continue playing 4-5-1 he has the choice of either playing Hleb, and hoping his fullbacks can be disciplined enough to do their job, and that the centre backs hold firm; or he has to drop Hleb and make sure that the central midfielders get box to box and that the wide midfielders support the middle one. 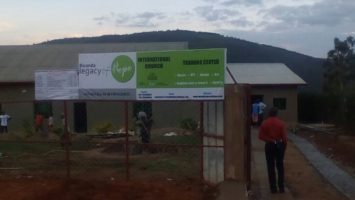