At the end of the 2019-20 season, Blues avoided relegation by the skin of our teeth. After 46 games in England’s second tier, we were just two points clear of Charlton Athletic in 22nd, who were subsequently relegated to League One. However, with Aitor Karanka now at the helm, having replaced Pep Clotet, there’s a new-found sense of optimism at St. Andrews. Along with the Spaniard’s arrival igniting hope into the Blues’ faithful, the early-season form of Jeremie Bela has also given reason to believe in the new regime. So, I thought it would be good to consider why the 27-year-old could be integral to us firstly steering clear of a relegation battle in 2020-21, and secondly possibly even looking at a play-off place.

Becoming More than an Impact Sub

Throughout his professional career, the Frenchman has played for four professional clubs, yet has struggled to establish himself as a first-team regular at senior level. Despite a successful start to life at Dijon back in 2014, the winger would pick up numerous injuries in France that would hinder his first-team opportunities. Following that, Bela spent two years at Albacete before joining Blues as a free agent in 2019.

Interestingly, in 30 matches during the 2019-20 season in the Championship, Bela started on 22 occasions, according to Transfermarkt. Although this points to the attacker being a regular, his playing time wasn’t impacted by injuries, suggesting that his time on the bench was down to tactical preference.

However, in the opening three matches of the new season, the Frenchman has featured from the off in every game. Crucially, this points to Karanka having faith in the 27-year-old to lead the line and assert his offensive authority on the league.

The Need to Replace Adams

Back in July 2019, Birmingham sold their leading striker, Che Adams, to Southampton for an undisclosed fee, according to Soccer Base. As a result of the move, the Blues lost their main goal threat, as the Englishman scored 34 league goals in 116 appearances. While, of course, it’s troublesome for a second-tier side to replace that on-field impact, the Blues undoubtedly lacked a cutting edge last season as they languished around the relegation zone.

That said, Bela’s contributions mustn’t be overlooked. Across the Frenchman’s 33 total appearances for the West Midlands team, he’s been directly involved in 11 goals. Crucially, Bela has been the catalyst behind Birmingham securing early points in the 2020-21 campaign, having scored the winner on the opening day against Brentford, as well as a last-minute equaliser against Rotherham. If the Blues are to surpass all expectations this season, then it’s essential that the 27-year-old stays fit. As of September 28th, Karanka’s team are 10/1 to be promoted from the Championship with football betting come the end of the season, which is a testament to their encouraging start.

Stepping Up to the Plate

In the absence of Adams and Jude Bellingham, we really need somebody to take on the responsibility of scoring and assisting goals. While another striker coming in isn’t out of the question, Bela, could be a key man in making that happen. In truth we need the Frenchman no longer to be an impact sub. Instead, if he’s successful, he could be that missing link in the Karanka team which one day sees us one day regaining our Premier League status. 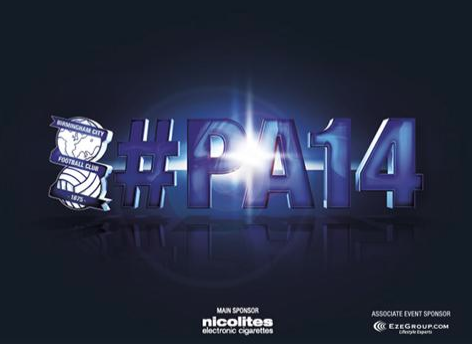