It’s the Big Man’s birthday today. Here is the article written By Andy Walker, that appeared in the match programme v West Ham last week, so obviously some comments are out of date – but I thought those who didn’t see it might be interested.

As before, we have full permission to publish. All images are copywrite to BCFC.

Barry Ferguson has enough winners’ medals to mint his own coins.

Five SPL titles, five Scottish Cups, five Scottish League Cups – not to mention a whole host of personal accolades; it’s safe to say that the mantelpiece at Ferguson Towers is full to the brim following the midfielder’s glittering career but, in the 32-year-old’s eyes, there’s always room for one more.

Having come through the ranks at silverware-hungry Glasgow Rangers, lifting trophies became a requirement not a luxury. So even when Ferguson headed to, and quickly became an instrumental part of, a club where Barclays Premier League survival is the top priority, he still wasn’t prepared to let another opportunity to lay his hands on a cup slip him by. Now Ferguson and his team-mates find themselves just one fixture away from a trip to Wembley that every member of Alex McLeish’s squad and every Bluenose craves.

“It would be extra special to gain silverware here,” Ferguson confessed to Blues News. “I came down to Birmingham with the aim to keep them in the Premier League and that’s an achievement in itself. But to get to a cup final would be great, I never expected that. Now I’ve got a chance. I’m 90 or 120 minutes away from achieving that so I’m sure me and my team-mates will be giving everything to get there.

“For me, that hunger for success never fades. It’s the way I was brought up as a kid at Rangers. Winning is everything. It still is. The day I stop feeling like that is the day I stop playing football, but I’ve still got it. Even when I came down to Birmingham I feel I can win every game. You’ve got to have that mentality; if you haven’t then you shouldn’t be out there.”

Despite his vast experience at the top level, the eve of a second leg of a semi-final is still an unfamiliar scenario for Ferguson. The structure of the final stages of the Carling Cup may not be something that the Glaswegian approves of, but nevertheless he’ll still be going all out to play his part in turning over the 2-1 deficit against West Ham United this evening.

“It’s half-time,” said Ferguson on the evenly-balanced semi-final. “We’ve got home advantage we need to go and hopefully get to a cup final which will be great. We were disappointed with the way we started the first leg. In the second half we were a totally different team, the gaffer gave us a kick up the backside which we needed and everybody saw the difference. We played like the way we know we can.

“Once we got our goal back I felt that we could have gone on and scored another couple but we lost a crazy goal when they broke away. These things happen but we’re still in the game and we’re confident. This is the only time I’ve been involved in a semi-final that’s two-legged which I think is crazy. In my opinion, a semi-final should just be played at a neutral venue as a one-off game.

“But all I’ll still be thinking about is getting to Wembley and I guess all of our players will be the same. You want to get to a final and for a club like Birmingham to get to a final it will be a great achievement. I’ve played in a number of cup finals and it’s a great day, not just for me but for the boys, the fans, the club and obviously your family because you get everyone at the game as well. It’s one that I’m looking forward to and if we play like the way we can on the night then we’ll go through.”

There’s still some way to go before the club can start dreaming of a royal-blue-coated Wembley Way leading up to that iconic arch as West Ham will provide a stiff test at St. Andrew’s this evening. It has been 16 years since Birmingham City were at Wembley, albeit the old stadium, and 1956 was the last time the club competed in the final of a major competition. A return to that part of London will have been a long time coming should Blues progress beyond West Ham tonight.

Ferguson continued: “I’ve heard a few fans talking and I know that Birmingham haven’t been to Wembley for a long time. It will be a great achievement for the club and everybody connected with it. You want to go and play at the new Wembley. I’ve never been there so I’m the same. I’m excited at the prospect of getting to a final.”

As for his own experience of England’s national stadium, Ferguson added with a smile: “I played when Scotland beat England at the old Wembley in 1999, we won 1-0. It was a play-off and they beat us 2-0 at Hampden then we went down and battered England 1-0 at Wembley. I’ve not been to the new Wembley. You want to play at the best and biggest stadiums and Wembley is certainly one of them.”

Tonight’s opponents may have had their troubles in recent weeks but they’re clearly not lacking fight in what has been one of the closest fought campaigns in the history of the Premier League. At their helm is a manager who used a trip to Wembley as a ray of hope in an otherwise miserable campaign at his former club Portsmouth last season. Avram Grant will know exactly what the welcome distraction of a cup final can do for a club and he is sure to be drumming that message home to his West Ham players ahead of this second leg. Ferguson knows just how much of a stern test the Hammers will provide.

“West Ham have got quality players throughout their team – international players,” he admits. “They’re probably in a false position in the league but that’s the way the league is this year. It’s so tight and there’s only a matter of a few points that separate maybe 10 teams. So we’ve got to be on the lookout because West Ham are a good team, just because they’re sitting at the bottom of the league that doesn’t mean they’re a bad team. People say that playing during the week can be a bit of a burden but I’d sooner play than train to be honest. We’re fit enough to cope with these games and it’s not a burden.”

Since Ferguson moved south to have another go at life in the English Premier League, he’s regularly spoken about how much he is enjoying life playing in the Second City.
And ahead of what will be an important couple of months for Blues, that’s still very much the case for the former Scotland international.

“I’ve not got anything to complain about here at Birmingham. Everyone I meet and the fans have been great to me when I’m out and about,” he adds. “It’s a bit different to being up in Scotland but I’m still loving it. As I’ve said before, I just take each season as it comes and just want to enjoy my career.

“I still put myself under pressure to try and perform in each game. If I don’t have a good game then I’ll be disappointed and want to do even better. Hopefully the fans are happy with the way I’m performing. We’ve got good players and I don’t think people give us the credit we deserve at times.” 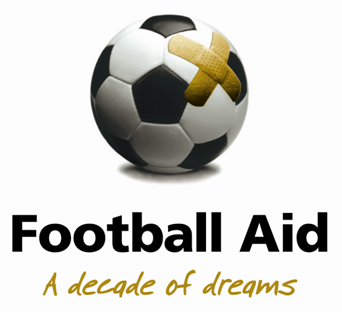