Last weekend prior to the Wigan game, myself and Aylesburyblue attended the second supporters club / website owners meeting. I felt it was a very positive time, with a real sense that the club want to improve us everywhere and not just on the pitch.

Here are the notes I took:

There was an agenda which we kept to pretty well. These are the notes I made during the meeting.

The club are treating this issue with the utmost urgency. They recognise that the toilets especially in the main stand need sorting.

They have put a working party together to try and deal with this. The ladies toilets are being looked at to try and make them more feminine. Also during the 1st half, all the toilets will be cleaned ready for the half time rush. The problem with the lack of water should be sorted within the next two weeks as there is a new water supply being bought into the club to cope with the flush and hand washing facilities. Hot water is further away, however is also being looked at.

Again this is another issue that is regularly complained about. During the Everton game, engineers will be in the ground to try and work out which settings will be best to ensure that the overall sound quality is acceptable. The stewards will be primed to take feedback from supporters. Further away, x16 amplified speakers are going into the Kop at the back to give a better coverage which should mean the volume can be reduced. It was mentioned that the main stand speakers often feedback, that was noted as would be added to the information to be given to the engineers.

It was also agreed that we would NOT use celebration music like some grounds do!!

This was the area we spent the most time on, for obvious reasons! Season ticket holders will not be offered the 10% discount this year because we now know we will be in the Premier League. It was offered last year as it was uncertain at the time if we would be promoted or not.

When ST holders get their renewals, they will be able to see exactly what they are saving as they will see how many category matches there are in each category and how much they would cost for match day tickets. It is thought that the saving over the season will be around 22%. The interest free payment offer will remain, but over 5 months rather than 4. U8 ST will also remain at no cost.

The only reduced match tickets will be made available through season ticket holders. It is recognised that there is no financial benefit, so there will be an incentive such as a club shop voucher if ST holders get tickets for friends. More on this soon.

It was recognised that the turnstyles can be a problem and this is being looked at to see how it can be improved.

It was decided that the ATC will end at the end of this season. From now ALL away tickets will be made available to ST holders 1st, Then those who regularly buy away tickets. (For the new season the club will look at this season for you). Then general release.

It is essential that when you buy an away ticket that you give your name and address so the club KNOW you have got the ticket especially if you are looking to get tickets for one of the attractive fixtures. If you are buying more than one, ensure you pass the info for the people you are buying them for.

IF we make the Semi-final, the same ticketing process will apply as did for the QF.

We don’t rate well with away fans for friendliness, the club want to change this. Away fans bring 1.1 Million into the club over the season. They will remain in the Gil Merrick lower, however the family stand will probably move.

Again it is recognised we need to improve things, especially in the main stand. Next season catering is being bought back internally as the club believe they can do it cheaper and better quality. More about this to come. Also the club are looking at re-introducing tray vendors.

The club is currently looking at 2 city centre stores for a new location for a shop. This will be in place for the new season. Once this is established, they will also look at a location in Touchwood. The club are conscious that the store will need to look professional; and they want to improve the quality of the products offered. The deal has been done with xstep for our shirts. Umbro saw us as a small club and we were well down the list often waiting months for stuff as well as having to pay for everything up front. Xstep are more flexible. They offer a 6 week turnaround for our merchandise, and also say that the new shirts will be available before the summer.

The new designs, (all are Blue!), will be made public soon and we as fans will get to vote on the one we like. This will happen around the Everton at home game.

9. Board of Directors / Club Finances

It was said that we are likely to see some players leave the club in the summer, and there will definitely players coming in to strengthen the side. We are looking at forwards.

In regard to January, MD revealed that the wage differential between top and bottom earners in the main 1st team squad was low by Premier League standards. He said a fee was agreed for one player, and close for another on transfer deadline day but the wages asked for were so out of sync with the rest of the squad AM didn’t want to do it for fear of upsetting the dressing room. Alex made it clear to the board that he wouldn’t be held ransom for players – and although they didn’t name names, it was said that we were messed about in January. Alex is in total control of the players.

Someone asked who the other investors were. Who are those behind Grandtop / Birmingham International. MD said it isn’t something the Chinese talk about. There seems to be a cultural thing, that business is private. Basically MD said he didn’t know – but was absolute that the money WAS there for the development of the club and the team.

The club have bought a large collection of Blues memorabilia and have decided to open a museum, (the old subway shop). The intention is to open it one day a week initially coupled with a stadium tour for around £5 for adults and £2.50 for kids. They were very excited about it!

The club will be going to Hong Kong and China in the summer for two weeks for a tour. This will obviously help to promote the club. The club will be doing travel packages, however we were warned that they won’t be cheap! 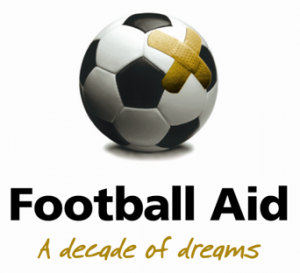 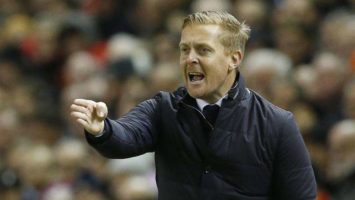 Adam Reach and the PepMonk