It had been a rotten day in the south of England with continual drizzle and a sense of gloom in the atmosphere in keeping with the dark leaden grey sky. Will and I had decided a few days back to take in the game in a nice pub over a few beers and another mate of ours, Alex wanted to come along as well so it was settled until that is that I realised that Liverpool, Manchester City and the Vile all had important second leg Europa League qualifiers to negotiate and they were televised. Now a pick of European ties or Birmingham reserves playing Rochdale in the League Cup? Hmmm tough choice that! The idea was looking seriously like going on the back burner when Will called up and said that the Crown in Chiddingfold, a beautiful village south of Guildford and near Will’s home would televise our game on a first come first served basis so I arrived at Guildford station at just after six for Will to pick me up. We met up with Alex at the pub to find a single Scouser watching Liverpool go behind to the Turkish lot they were playing. He said that he had to go at half-time so we were masters of the remote; RESULT! The pub was pretty deserted on such a dismal night and Will and I decided to cheer ourselves up with a few renderings of ‘I hate Villa more than you!’ from opposite sides of the room.

Following the acquisition of some posh burgers and chips and beers all round we all settled down to watch the game. Now it wasn’t the best game in the world despite the 3-2 score line and we were all so relieved that the match didn’t go to extra time because having to endure another 30 minutes of pretty dire fare would not have improved the spirits and we would all have undoubtedly have drunk more beer than we already did to numb the vision. Despite the fact that the game wasn’t great quality and Blues had a markedly reduced side out, there were positives to come out of the victory not only for the three of us but for the 6,431 hardy souls who braved the weather to watch it in the flesh. Keith Fahey was asked to fill in at right back because of injuries from his usual left sided midfield berth and this is an experiment that McLeish is unlikely to repeat as he was awful and even more out of his depth than usual. Johnson and Dann were as dependable as ever but with Murphy in the left back berth found themselves exposed by lack of cover in both full back positions. The urgent need to address the glaring deficiencies here could not have been better demonstrated than last night. It was no surprise when Rochdale took a deserved lead in the 25th minute through their captain Gary Jones who seized upon a rebound from Wiseman’s cross shot that Taylor parried out in front of him when a strong parry out wide was the requirement. There had been several warnings before this that had gone unheeded with the Rochdale wide men infiltrating with ease down both flanks to pull back passes for pot shots at our goal. The only Blues moment of note to then was a clever ball down the inside right channel by Michel to Bowyer who was unlucky to see his chip from an acute angle over the advancing keeper strike the outside of the near post.

Within a couple of minutes Blues were level somewhat fortuitously when a bouncing ball was controlled by Derbyshire in the same inside right channel with Marcus Holness the Dale defender in close attendance. Both players crumpled in a heap as they approached the by-line and at best it looked like a corner to Blues. The Assistant Referee eventually signalled for a penalty having waved the flag for a foul causing confusion before the proper placing of the flag across his chest. He claimed a push on Derbyshire by the defender and on replay that is indeed what he could see. What neither official could see was the gripping of the defenders shirt by the attacker and the fact that they were both at it. Sadly the final action of the melee of arms and legs is the slightest of pushes by Holness’ forearm into Derbyshire’s back and officials can only act on what they see. It was harsh even though according to the Laws of the game, technically correct. It does not change the fact that it was undeserved and very lucky. Notwithstanding, McFadden slammed the spot kick into the top corner for 1-1. Derbyshire nearly completed a turnaround just before half-time but failed to get enough contact on Fahey’s right wing cross to complete a lacklustre half that had seen the League 1 side the better of the combatants.

After a telling off no doubt, Blues gripped the tie and took control with two quick goals. Just after the break Murphy placed a header by Johnson from Larsson’s corner smartly into the net from six yards. Derbyshire added to Blues tally with his first for the club with a skilful pirouette when his original shot from close range had been well saved by keeper Lillis. The forward flicked the ball out of the keeper’s grasp skilfully turning to flick it on towards the goal with his heel. The ball just made it over the line despite the despairing effort of a defender. The Assistant flagged decisively for a goal and replays proved him to be absolutely correct. Gary Jones completed the scoring 15 minutes from the end with a well worked goal when O’Grady got in behind us far too easily but it was a calm finish and once again thoroughly deserved.

Despite the loss of this goal Alex McLeish still sent on the waiting substitute Nathan Redmond who at 16 years 173 days brightened up proceedings. This reminded me so much of the legendary Trevor Francis’ home debut against Oxford (another dire performance by Blues that day by the way) who again single handedly lifted an otherwise bored crowd. If this boy turns out to be half as good we will have hell of a player on our hands. He ran at defenders, was assured with his passing and got a couple of shots off that caused flurries of excitement; excellent little cameo and I for one hope to see more of this lad. Other positives to take from this game were the performance of Derbyshire who looked bright and lively, Larsson who made a huge difference when he came on at half time for the injured McFadden. As for the rest; ordinary at best with Murphy despite his goal, Fahey, Valles and O’Connor pretty poor considering these are meant to be Premiership players; they didn’t look it! Michel was disappointing and drifted in and out of the game. He needs to be more assertive and show strength of character to add to his undoubted talent to pick a pass and orchestrate the midfield. He has much to learn from Barry Ferguson in this regard. Bowyer looked OK and was unlucky not to score in the first half. Maik Taylor is now what he is; a number two but the less he plays the more suspect he appears to be. I felt he should have done much better with Dale’s first goal. Zigic came on briefly in the second half and desperately needs to score. He came close but had the ball whipped off his toe when shaping to shoot; it will come sooner rather than later I hope.

The final positive was the performance of Rochdale. How well did they play? They gave everything against a depleted Blues side but nevertheless, one that should have been far too good for them but proved anything but. Dawson at the back had an excellent game as did Jones the scorer of their two goals but the player that stood out for me was O’Grady who gave a man of the match performance and on this showing is capable at playing at a higher level than League 1. The travelling Dale faithful and others watching the game at home have every right to be justifiably proud of their team who gave all they had to give and as any fan will contest; you can ask no more.

We move on to Bolton on Sunday and of course our team will bear no resemblance to the one fielded last night. What this game have shown us however is that the quality in the fringe is thin to say the least. Two new full backs and a winger urgently required; three and a half days left to the window closing.

(At the time of writing our bid for Charles N’Zogbia has been accepted!)
KRO SOTV 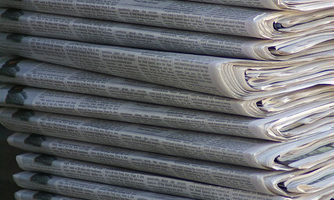 3 Comments on View From The South – Birmingham City vs Rochdale